When you’re a parent, holidays mean a lot more than eggnog and bloody marys all day. Don’t get me wrong, they can mean that, too. But they also mean one thing for sure- that you will most definitely lie your ass off to your kids for the sake of holiday spirit. Or tradition. Or some other reason. I’m really not quite clear on it yet.

This past weekend was Easter and though I didn’t go all out giving gifts or hiding eggs everywhere or making bunny crafts (don’t worry the obscene number of grandparents and great-grandparents my daughter has tend to take care of all that anyway) I did get her a good old chocolate Easter bunny who appeared in her basket Sunday morning. (Okay, so it was some time around 10 am when she came up from watching cartoons and I remembered it was Easter and popped it on the kitchen table with a handful of plastic grass. Give me a break, I’m more and more pregnant all the time).

So she walked in and I casually said, “oh looks like the Easter bunny left you a little something.” She was ecstatic and joyous and carried the chocolate bunny around like she had just won first prize in a dawdling contest (or something else my daughter would equally rock at). But it wasn’t long before her questions started rolling in. She wanted to know how the Easter bunny got into our house, where he got the green plastic grass and also how he made it. She asked why he brought it to her in the first place and who else was he going around giving chocolate bunnies to and she also seemed to find it very unfair that he had left nothing for her father and I. Though she got over feeling sorry for us quickly when she realized we had already eaten half the reeses peanut butter cups and peanut m&m’s her grandfather gave her. Okay, fine. I ate them. 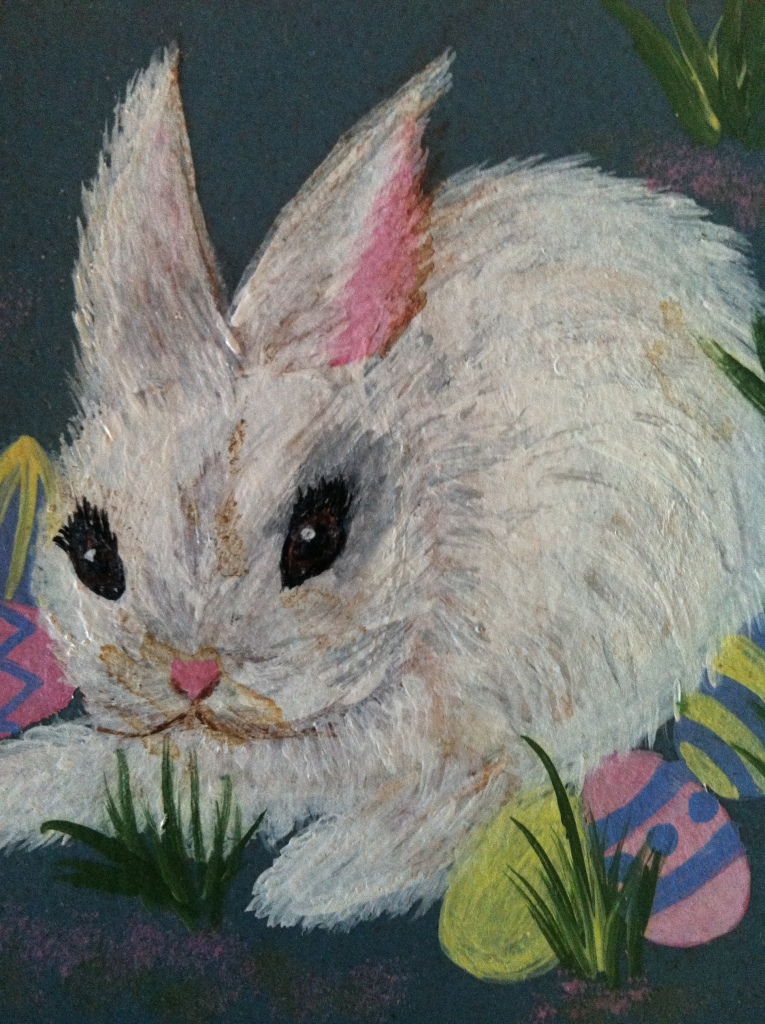 I answered her questions to the best of my ability, trying to keep it a bit vague and also not blurt out “it’s all a lie! We’re lying to you, there’s no bunny! Get with the program!” But the questions kept coming. She didn’t want to let me off the hook. She was too intrigued by this mysterious bunny going into people’s homes and leaving chocolate because let’s face it- that’s pretty freaking weird and also mildly terrifying, no?

The same was true at Christmas this past year, the first year she even really bothered paying much attention to the whole Santa thing. Like, what the hell was this guy’s deal and how do reindeer fly and are you really, really sure about all this? Like “for real? Not really, though, right?” or “Let me get this straight…” was how she liked to put it.

If I’m being honest (ha) the whole thing is totally weird to me and I don’t know why I keep up with these lies. My daughter has enough imagination to fuel the world without me making up freaky bunnies and bearded men. I kind of can’t wait until the day (which at this rate, I’m guessing is rapidly approaching) when I can say, “yeah… I’m the Easter bunny. And Santa. And your goldfish did not turn into a mermaid when we flushed him down the toilet. He’s dead as a doornail but his life was complete and utter crap swimming around in that mucky water that I never bothered to clean so, it’s all good. But, please don’t hate me.”

2 thoughts on “On imaginary bunnies and other lies we tell”