Like most loving, decent, kind and patient spouses, I don’t like to rag on my husband. I really don’t! But sometimes his actions make me question if he is in fact, watching an episode of The Office in his head instead of being marginally invested in whatever else he is doing. Like having a conversation with his wife or caring for our two tiny humans.

I love my husband dearly. I’d marry him again if I could. Sometimes I wonder how we even found each other in this crazy mixed up world. In fact, I’d make a list of all the things he is doing right, but it would be too long and too gushy and I’d lose my street cred. Even so, I’ve had to practice patience over the last five years of my life as a spouse and a mother because though raising little ones is tough, I think co-parenting (and co-existing under the same roof at all times) might be even tougher. 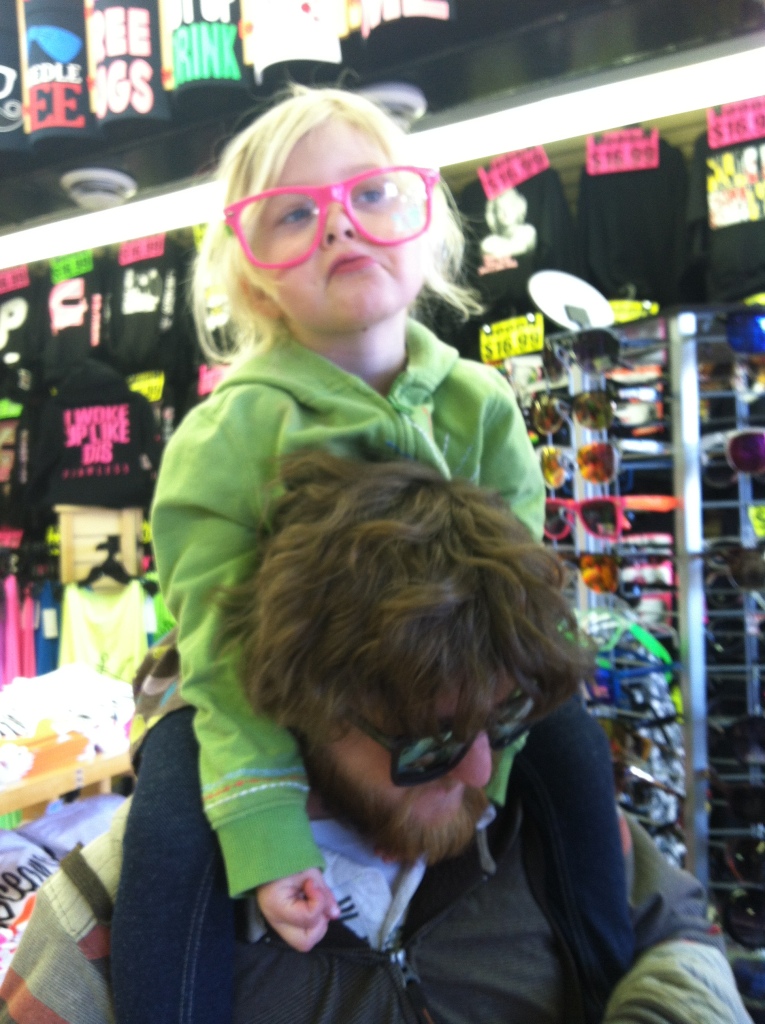 Since my partner (for life, ahhh!!… still gets me) also happens to be such a good sport (remind me to add that to the things he’s doing right list)…

Here are 16 things my husband is usually doing wrong (according to me):

2. Not having breasts and therefore not being able to do the midnight feeding, the 2:30 am feeding OR the 5 am feeding.

3. Moving too slowly. This typically pertains to when bedtime is looming, when we have anywhere to be at a specific time or when one of our kids is about 30 seconds away from a huge meltdown. Enter: slow mo.

4. Looking at his phone so much you’d think there was a real life naked woman in there who talks to him and doesn’t leave a trail of breast milk wherever she goes.

5. Coming home with sixty percent of what was on the grocery list and a whole bunch of stuff that wasn’t.

8. Also, getting home from work and immediately excusing himself to poop when I haven’t pooped alone in five years and have been drowning in children all day.

10. Basically just pooping too much altogether for a thirty year old man.

11. Being able to sleep through crying, whining, and me being body-checked by children.

12. Falling asleep the second his head hits the pillow.

13. Working out twice and losing 8 pounds while I busting my ass at the gym five days a week and still have to wear pants with an elastic waist.

14. Buying so many kinds of good beer that I have no choice but to drink them. Hence #13.

15. Always needing me to find things.

16. Putting clothes on the little people. The tag goes in the back. Always in the back. How he did not think the backwards bathing suit on our four year old looked completely insane is beyond me. We are not raising a mini Christina Aguilera here!